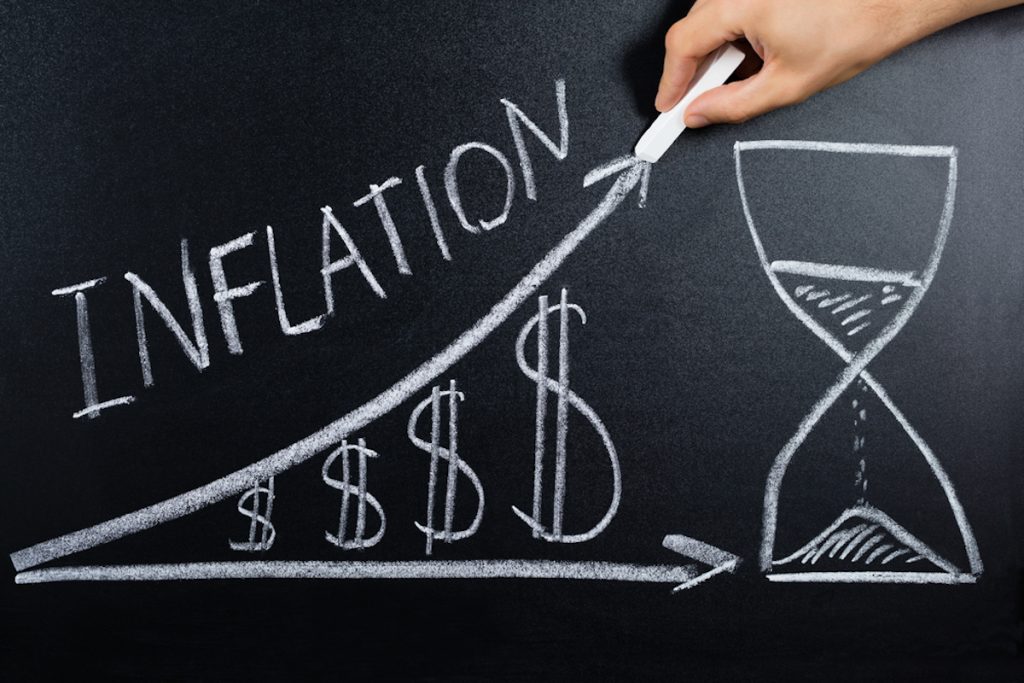 For more than a decade, the American Federal Reserve and other central banks have tried, and failed, to generate the kind of inflation officials see as characteristic of a growing economy. In the current economic context, inflation could get too high.

According to economists at Morgan Stanley, the unprecedented fiscal and monetary stimulus in response to the coronavirus, combined with the initiatives to put an end to growing economic inequalities and the burgeoning national debt will generate significant inflation over the next few years.

“The forces that will bring about inflation are aligning,” said Chetan Ahya, Chief Economist at Morgan Stanley. “We see the threat of inflation emerging from 2022 and we think that it will be very high. This poses a new risk to the business cycle”.

The Federal Reserve has specifically set its target for inflation at 2% and it has used a variety of strategies to get there. Other central banks aren’t as specific as the Fed but they generally consider a modest level as helpful to boost the standard of living and to keep the economy on an expansionary tract.

Ahya thinks that the policy response around the world will be conducive to boosting inflation, but he sees the biggest impact in the U.S. when compared with the actions of the European Central Bank, of the Bank of England and of the Bank of Japan. However, he said that the actual rise may overshoot central banks’ targets and have a longer-term negative jolt to growth.

First of all, what is inflation?

Economists generally believe that very high rates of inflation are caused by an excessive growth of the money supply. Low or moderate inflation may also be attributed to fluctuations in real demand for goods and services, or to changes in available supplies. However, the consensus view is that a long sustained period of inflation is caused by money supply growing faster than the rate of economic growth.

Inflation affects economies in various positive and negative ways. The negative effects of inflation include an increase in the opportunity cost of holding money, uncertainty over future inflation which may discourage investment and savings, and if inflation were rapid enough, shortages of goods. Positive effects include reducing unemployment due to nominal wage rigidity, allowing the central bank more leeway in carrying out monetary policy, encouraging loans and investment instead of money hoarding, and avoiding the inefficiencies associated with deflation.

Why is inflation expected to rise?

The forecast of higher inflation is based on what Chetan Ahya calls the “3 Ts”, or “trade, technology and titans”. A backlash against all three, because of the impact each has on wealth inequalities, will push policy, that ultimately will be inflationary.

“Taken together, the policy actions are more likely than not to result in a significant distortion of underlying productivity growth trends,” he wrote. “Hence, we view the threat of inflation returning in this cycle as a serious one. It could transition into a malign form of inflation, especially if the significant disruption to the 3 Ts creates a regime shift in the outlook for corporate profitability.”

Inflation and the pandemic

In the near term, most economists see low levels of inflation ahead. Social distancing rules to fight the coronavirus and the resulting economic shutdown are likely to drive overall costs lower.

Ahya’s forecast does not foresee runaway inflation. However, he notes that price instability poses a significant danger to a recovery that he sees will be “sharper but shorter” than the financial crisis.

“I would argue that the driving forces of inflation are already aligned and that a regime shift is under way. The near-term disinflationary trend will quickly give way to reflation and then inflation.”