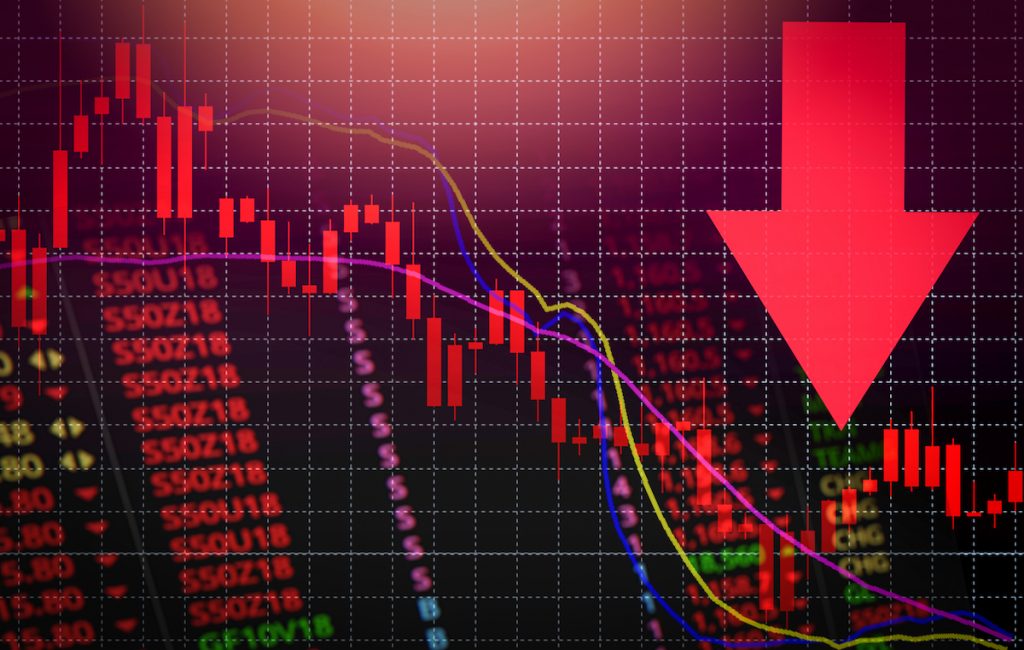 An example of deflation: Japan in the 1990s

Japan in the 1990s is often used as an example to explain deflation and its effects on a country’s economy. Up until that time, the Land of the Rising Sun experienced a long period of growth which abruptly ended at the start of the decade when the country’s annual GDP growth froze at +1.2%, far below the rate of other industrialized global economies. The consequences of what is known as Japan’s lost decade were so dire that they can still be felt today.

But what happened? In a very short span of time, a speculative real estate and financial bubble burst, triggering a collapse in domestic demand with damage that the country’s central bank was unable to contain. This created a difficult context that the Japanese economy is still grappling with.

The situation did not improve at the end of the decade. Another round of deflationary pressure arrived from the Asian crisis under way in the same years (which affected many other countries, including the US). Even now, Japan’s debt/GDP ratio is nearly 240%, over 90% of which it has kept inside its borders. This is not only due to the lost decade, but is the result of other more structural factors as well, like the ageing population, the explosion of bad exposures and non-performing loans on the balance sheets of banks, the central bank’s restrictive policies and the sharp appreciation of the yen in previous years.

Japan is a useful example of how deflation can impact a national economy. However, deflation does not necessarily always have negative consequences.

First and foremost, what are we talking about when we talk about deflation?

Deflation is a general decline of the price level of goods and services, usually associated with a contraction in the supply of money and credit. During deflation, the purchasing power of currency rises over time. At first glance, deflation benefits consumers because they can purchase more goods and services with the same nominal income over time.

However, not everyone wins from lower prices and economists are often concerned about the consequences of falling prices on various sectors of the economy, especially in financial matters. Deflation can harm borrowers, who can be bound to pay their debts in money that is worth more than the money they borrowed, as well as any financial market participants who invest or speculate on the prospect of rising prices.

However, declining prices can be caused by a number of other factors: a decline in aggregate demand (a decrease in the total demand for goods and services) and increased productivity. A decline in aggregate demand typically results in subsequent lower prices. Causes of this shift include reduced government spending, stock market failure, consumer desire to increase savings, and tightening monetary policies (higher interest rates).

Falling prices can also happen naturally when the output of the economy grows faster than the supply of circulating money and credit. This occurs especially when technology advances the productivity of an economy, and is often concentrated in goods and industries which benefit from technological improvements. Companies operate more efficiently as technology advances. These operational improvements lead to lower production costs and cost savings transferred to consumers in the form of lower prices.

The negative effects of deflation

A drop in prices triggers a drop in revenue for companies, which react by attempting to reduce the costs of raw materials, supplies and labour and to compress bank borrowings (by reducing interest expense on loans). However, this causes a fall in aggregate demand, leading to more deflation.

For instance, cutting labour costs will entail higher unemployment and, as a result, newly unemployed workers who, in turn, cut back on spending.

The positive effects of deflation

If deflation is limited and temporary, its effects can be positive. Indeed, a drop in prices increases buying power for the lowest income brackets and certain categories of consumers, like pensioners, stand to benefit.

Competition also generates positive deflation by driving the companies on a market to lower their prices, with a consequent advantage for consumers and system efficiency.