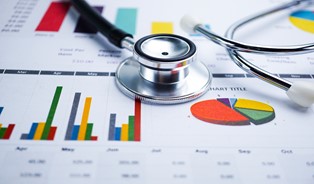 The COVID-19 crisis is dealing a hard blow to the long-term care (LTC) sector, because of both the many people depending on LTC who were infected and LTC workers’ exposure to the virus. As a result, the pandemic is highlighting various structural problems within this sector, such as staff shortages, poor quality of work and insufficient skills, all of which impact the quality of care and safety.

What do these considerations mean for the Silver Economy? Is it still worth investing or are there no positive signs for the future?

The post-COVID-19 Silver Economy: what the data say

The LTC sector is currently suffering a shortage of workers and the situation could worsen in the future. In three quarters of OECD countries, the growth in the elderly population outpaced the increase in LTC workers between 2011 and 2016.  Demand for care is expected to continue to rise, putting increasing pressure on this sector. The number of people over the age of 80 will rocket from over 57 million in 2016 to over 1.2 billion in 2050 in 37 OECD countries. Maintaining the current ratio of five LTC workers for every 100 people aged 65 and up would mean that the number of workers in the sector would have to increase by 13.5 million by 2040.

The Censis-Tendercapital Observatory entitled “The silver economy and its consequences on post-Covid-19 society” analyses the situation in Italy, where infections at nursing homes were widespread. According to ISS research (data at 5 May 2020), there were 9,154 deaths at nursing homes, with 41.2% of the people who died testing positive for COVID-19 or suffering from flu-like symptoms presumed to be COVID-19.

These tragic numbers may have shocked the public, but LTC workers were not surprised: as many as 66.9% of those interviewed stated that many facilities did not guarantee adequate standards of safety and quality of life for guests.

Investing in the Silver Economy: improving the LTC sector

The Organisation for Economic Cooperation and Development (OECD) of the European Union, in its report “Who Cares? Attracting and Retaining Care Workers for the Elderly,” analysed the issues to be resolved in order to improve the situation and ensure that the LTC industry is prepared to face the challenges of the future.

LTC workers are often dissatisfied with pay, working conditions and career prospects, adding to the physical and mental stress of the job. The consequence is an overall shortage of workers in elderly care.

The median wage for LTC workers across European countries was €9 per hour, compared to €14 per hour for hospital workers in broadly similar occupations. There are also more career promotion prospects in hospitals.

Non-standard employment, including part-time and temporary work, is common in the sector.  Almost half (45%) of LTC workers in OECD countries work part-time and almost one in five LTC workers have a temporary contract, compared to just over one in ten in hospitals. Furthermore, the jobs are physically and mentally very demanding.  For example, half of LTC workers do shift work, which is associated with health risks such as anxiety, burnout and depression.

Personal care workers and those providing routine personal care who are not qualified or certified as nurses, account for 70% of the LTC workforce across the OECD.  The vast majority of LTC workers are middle-aged women and one in five are foreign-born.

In more than two-thirds of OECD countries, their tasks go well beyond help with basic activities, such as washing, lifting out of bed, helping with feeding. They are often involved in monitoring health, participating in the implementation of care plans and maintaining health records. However, less than half of the surveyed countries require that personal care workers pass or hold a licence or certification. Low qualifications relative to the tasks required can raise the risk of substandard care, particularly to elderly people with more complex care needs.

Policies to attract workers, retain them, and improve productivity

The solution to the problems listed above requires OECD member countries to implement policies to attract more workers, retain them and improve their productivity and service. This calls for substantial public and private investments in the sector, which could lead to a very interesting situation for those who wish to expand their portfolio.

Improving the quality of work and training is a key political priority to develop an adequate LTC workforce. Low wages, stress, a heavy workload and onerous working conditions all make it hard to keep people in the LTC sector. The poor record in protecting care workers from COVID-19 is likely to make more people question whether working in the sector is for them.  More than half of OECD countries implemented measures to improve working conditions and address retention in the past decade.

Evidence from the United States and France shows that wage increases in LTC are associated with greater recruitment of workers, longer tenure and lower turnover.  However, wage increases need to be financed and regulated. Otherwise, wage increases that are not matched by increases in resources lead to increased workload and duties, with a consequent decrease in job quality.