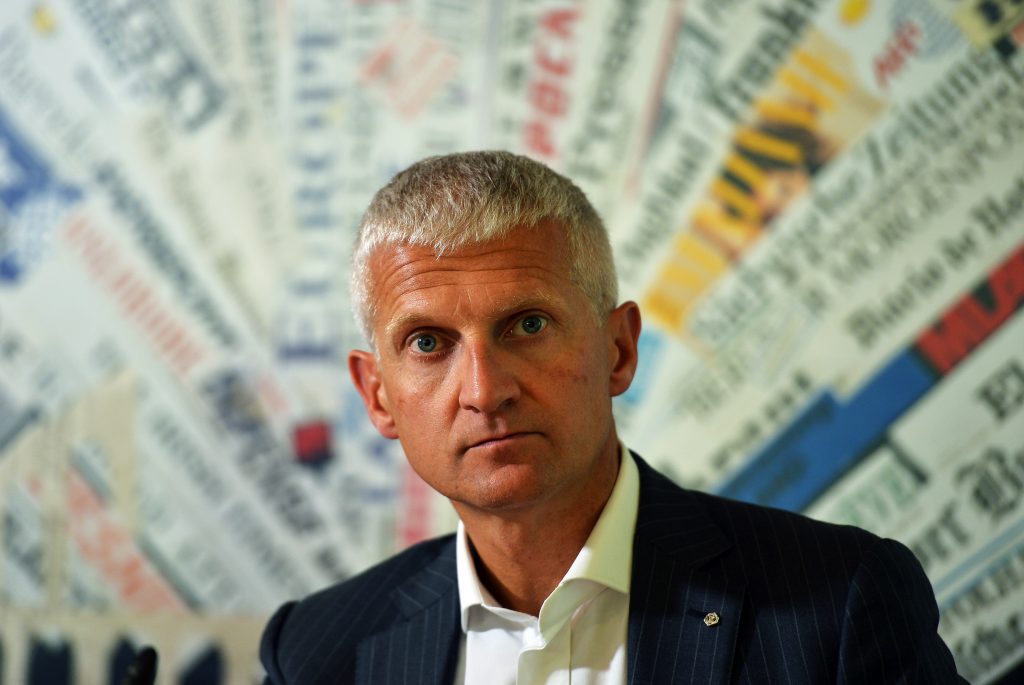 A simple cup of coffee can bring together taste, business, art, design and sustainability. And indeed that’s the recipe that Illy has been serving up to the world since 1933, when the company was founded by Francesco Illy. Nowadays, current president Andrea Illy – Francesco’s grandson – is continuing to champion the company ethos while following a human-centric, ethical approach to business.

The story of the company began not long after the First World War, when Francesco Illy – born in Hungary – decided to move to Trieste. He invented Illetta, the precursor to our modern-day espresso machines, which made it possible to maintain the aroma of the coffee and export it anywhere. The famous Illy tins followed soon afterwards.

Francesco’s son, Ernesto, introduced single-portion pods before creating the Illy Art collection of cups in the 1990s with artists like Matteo Thun and James Rosenquist, the Brazil Award – recognising excellence in cultivation – and, finally, the University of Coffee, which offers students the chance to study all aspects of the coffee supply chain.

The Illy Group is now present in 140 countries and distributes its blend of nine types of pure Arabica coffee to over 100,000 businesses. With revenue of €483 million in 2018 and a workforce of nearly 1,300 employees, Illy is one of the most famous Italian brands in the world. Now, the third generation of the Illy family is tasked with finding new ways of expressing the commitment the brand has always shown to producers of raw materials.

A trained chemist, Andrea Illy expressed the vision and values that guide his decision-making in his book, Espresso coffee: the chemistry of quality: “I had no idea that this job would launch me on a quest for the very idea of beauty, that the dream shared by my grandfather and my father would one day become mine through a kind of blood-borne contagion of ideals. What I did understand immediately was that to offer the best coffee nature can provide is not a profession like any other: it is an idea that encompasses a plethora of other ideas. It is an overarching conception of the world that embraces the marvellous places where coffee plants grow and where the beans are harvested; elegant bars and refined conversations among intellectuals, the cinema, art, designer cups and zero-defects production; design, fractals and a thousand other things… It is a concept that blends together excellence and beauty, one whose finest expression is balance, proportion and harmony. This idea was to change my life.”

It was Andrea that introduced RSCP sustainability certification, which assesses the social, environmental and economic impact of the company’s activities on all stakeholders in the supply chain. And it’s no coincidence that under his stewardship, in 2013, Illycaffè became the first Italian company to be added to the World’s Most Ethical Companies list, produced every year by the Ethisphere Institute.

In March 2020, Illy announced that it was changing from an S.p.A. company to a Benefit Corporation. Explaining the decision, Andrea said that “there is particular alignment between the governance and the management on the philosophy that governs Illycaffè. We’re a stakeholder company, not a shareholder company: our stakeholders are not just our shareholders, but our consumers, clients and suppliers and the talent that works for our company too”.

“Offering offer the best coffee nature can provide is not a profession like any other: it is an idea that encompasses a plethora of other ideas.”
Share