The pandemic crisis has been hardly hitting GDP growth in Europe and US and the ensuing output gap sent the inflation to new lows and further deteriorated the outlook. The dynamic thus triggered an unprecedented synchronized monetary and fiscal response across all major economies. In the current state of affairs, Eurozone and US GDP will likely take several years to reach again pre-Covid output path, with the former expected to return to previous level in 2022 while the latter, one year earlier, in 2021.

In the fixed income market, the interest rate curve highlights expected weakness in Eurozone economy. In 2020, the whole interest rate curve went into negative territory for the first time ever and the yield differential 10y-2y stabilized at 20 basis points at a level seen in financial crisis.
Expected market returns look lower than those realized in the past and capital appreciation potential is stretched, favoring research for carry.

In the equity market, the fallout experienced in March has been followed by a sharp rebound in the subsequent months. A common «script» across all major indexes characterized by the outperformance of the growth segment, further favored by the dynamics of the interest rates market. In this context, stretched valuation has led to the lowest level of perspective returns in decades. Coupled with the uncertain economic environment, we advocate for a defensive stance going into 2021, favored by the reach for yield across underappreciated and uncrowded trade across the value segment.

GDP has recovered quickly but it will likely take several years before pre-Covid19 output path will be reached. 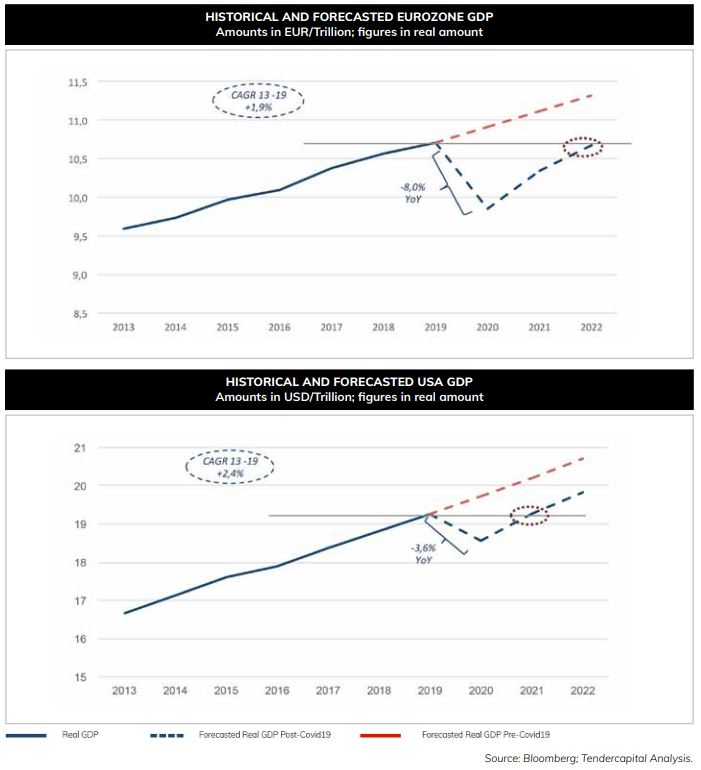 The Output Gap Created by the Pandemic has Sent the Inflation to New Lows.

Central Banks failed to reach the inflation target in the current cycle. The pandemic has further deteriorated the economic outlook 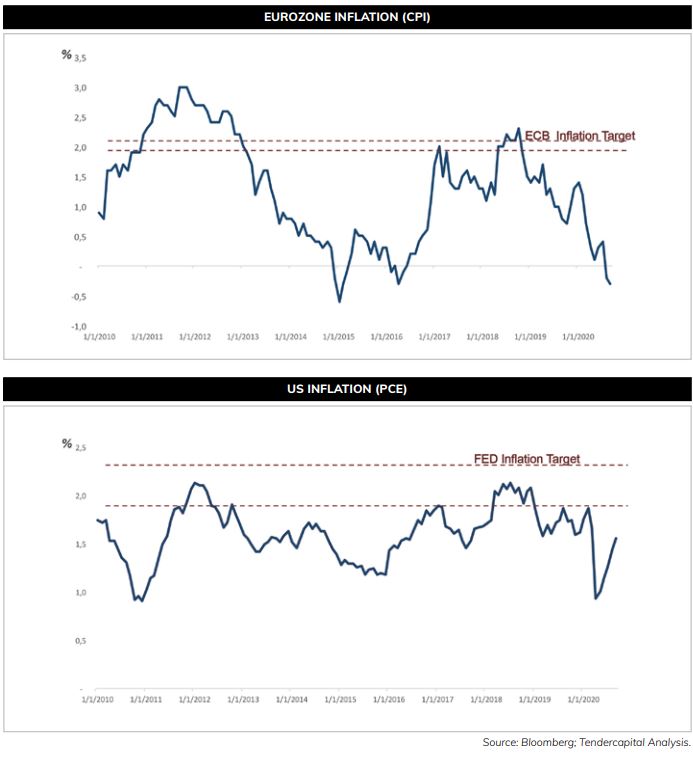 US and Europe have displayed the biggest policies sending the total expenditure at ~40% of GDP, as per Japan.

The pandemic recession triggered the adoption of fiscal stimulus, which became much more attractive over the time due to the failure of monetary stimulus in the last few years.

NOTES: PRIVATE DOCUMENT INTENDED FOR PROFESSIONAL OPERATORS
THIS PUBLICATION IS PROVIDED FOR INFORMATIONAL PURPOSES ONLY AND IS NOT A SOLICITATION, INVITATION OR OFFER TO SELL OR PURCHASE, OR AN INVITATION TO EXECUTE TRANSACTIONS. NO REPRESENTATION OR WARRANTY IS PROVIDED WITH RESPECT TO THE CONTENT OF THIS PUBLICATION, IN PARTICULAR WITH RESPECT TO ITS PRECISION, COMPREHENSIVENESS OR BALANCE, AND ALL LIABILITY IS DISCLAIMED. THE DATA AND INFORMATION PROVIDED WERE OBTAINED FROM DOCUMENTED SOURCES DEEMED RELIABLE, BUT THE ACCURACY AND PRECISION OF WHICH WE ARE UNABLE TO GUARANTEE.