The health crisis has become an economic emergency: Europe and America are in recession. The lockdown measures froze their respective economies with significant negative effects on real economy. And now the question is: what comes next?

Multiple aspects are still unclear and deep uncertainty remains about the timing and modes of recovery. Optimists hope for a “V-shaped recovery”, with a substantial return to normal and a recovery in business activity as soon as restrictions are lifted. This is not our base case scenario but we’d rather not speculate on possible alternatives. Some analysts are already predicting new scenarios, habits and consumption patterns in which technology will play an increasingly important role. Although we do not rule this out, it is impossible to predict exactly how the events will unfold.

Individual psychology will be a key factor in the recovery. It is well-documented that, in the past, terrorist attacks have had persistent effects on tourism. Will people be afraid to travel in this case as well? Will they scale back their movements to a minimum? After the attack on the World Trade Center in 2001, Americans preferred cars to planes out of fear of flying, although travel by car presents higher risks. In the near future, will people use less public transit for fear of contracting the virus and will the use of cars grow? Will health become more important than the environment? We do not yet have an exact answer to these questions. As Mark Howard has emphasised, “These days everyone has the same data regarding the present and the same ignorance regarding the future”.

However, central banks and governments have not kept us waiting for a response. In the US, fiscal and monetary policies were combined in an unprecedented relief package that put MMT (Modern Monetary Theory) into practice in the blink of an eye. The purchase programs have not targeted only Treasury and “safe” issues but the Fed is also buying up other asset classes previously considered taboo. Purchases of IG and HY ETFs began on 12 May and will be followed by purchases of bonds on the primary market. The Fed’s balance sheet exploded, reaching USD 6.7 trillion and will most likely hit USD 10 trillion by the end of the year. To date, the discussion has revolved around potential new measures, like NIRP (negative interest rate policy), à la ECB. However, Powell and Clarida (Vice Chair) seem to be ruling out this option. 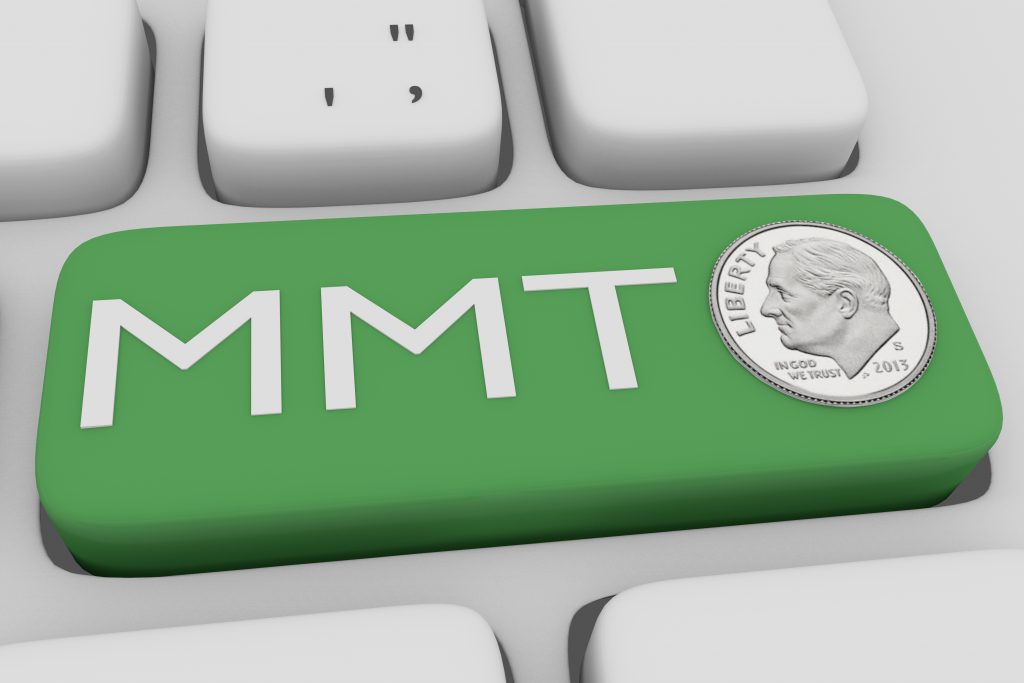 In the Eurozone, monetary and fiscal interventions are not comparable to that seen across the pond, in either size or nature. Regardless, the Central Bank has demonstrated a certain willingness to intervene, even considering the tense climate that has permeated decisive meetings for several months now. Fiscal negotiations are much more complicated and remain focused more on long-term programs than on the current emergency, and any initiatives are, moreover, limited in size. The Central Bank has bolstered the financial system in order to prevent credit paralysis and default risk of Institutions. The new funds allocated to the “Long Term Refinancing Operation” ensure the supply of liquidity at negative rates between -0.25% and -1.0%. Purchases of “eligible” securities are expected to exceed one billion in 2020 and so far they have kept the cost of funding public debt at accessible levels. The liquidity injected into the system through the various channels exceeded €600 billion in March and April alone. At the end of April, the ECB’s balance sheet included over €3,000 billion in notes, accounting for roughly 18% of the Eurozone’s total debt and close to 30% of “eligible” securities.

The fact remains that the recent monetary measures have emphasised the gap between Wall Street and Main Street, i.e., between the financial market and the real economy. The strong market recovery after central banks took action sent a clear signal of the collateral effects of a system permeated by moral hazards and by the conviction that institutions’ measures are what is mainly driving investments. It is a system in which fundamentals play a marginal role.

The equity market recovery was surprising and strongest on indices with larger high-tech components. The Nasdaq and Shenzen are positive YTD. In Europe, the rally on stock exchanges was more modest, since the component tied to the old economy and the financial sector is larger, although the Tech sector, combined with Health Care, drove the performance of markets in Europe as well. There is no doubt that hopes for the Tech sector are high, especially in the US, and that they could easily lead to disappointment. Overall, the limited downwards revisions to earnings estimates are conservative and suggest that the sell side is playing the part of “follower”, especially considering that most companies have withdrawn guidance for the year in course given high uncertainty. This is why we think that the market is extremely overpriced. The equity risk premium is the lowest it has been in recent years, in a clear contradiction of the macro context. Central Banks’ measures may justify this, but we believe that the risk/reward for passive investments in the market is significantly less attractive than active portfolio allocation.

The bond market has recovered rapidly. Risk premiums have backtracked roughly 1/3 of the widening seen in March. Expectations of massive purchases by Central Banks have led to returns on lower grade assets as well. In recent weeks, the premium on corporate bonds settled at around 200 basis points for investment grade (100 bp at the end of 2019) and roughly at 650 bp for High Yield (350 bp). For now, the immediate relief has kept the number of defaults contained, but we believe that the biggest problems could arise near the end of the year with a recovery in business activity characterised by lower profit margins and cash generation. 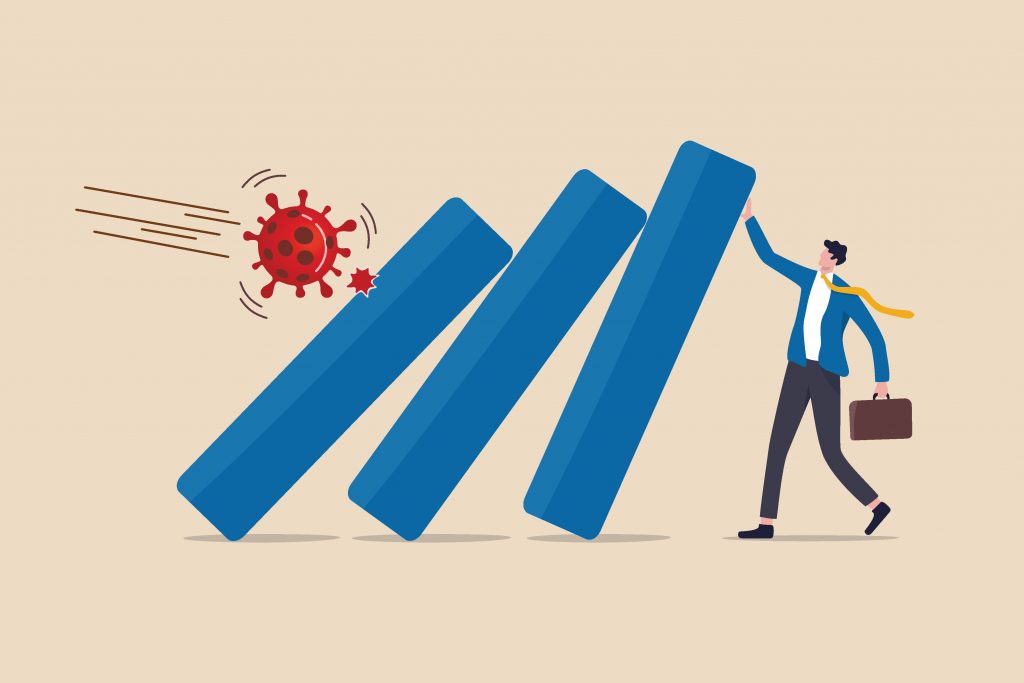 Don’t fight the Fed is an old saying on Wall Street that means that Central Banks can do anything. Recent developments seem to support this idea, even among the most sceptical, who doubted additional measures could be taken to combat the crisis, since interest rates were already near the ZLW (zero lower bound). Central Banks appear genuinely willing to do Whatever it takes. But at what price?

The political, social and economic risks are high. Politically and socially, the recent developments might have widened the gap between the Haves and the Have-Nots. Post-2008, the intervention by Central Banks triggered protests (like Occupy Wall Street) and sparked the populist sentiment that now pervades certain countries in Europe and beyond. Could this be another spark?

Economically, the uncalculated risks of an uncontrolled monetary expansion and unprecedented levels of debt are not fully clear. However, following a deflationary stage caused by the sudden collapse in demand, the risks of an out-of-control inflation are certainly higher than in the past. The injected liquidity is filling the current gap, but when demand returns to higher levels, the measures taken will need to be carefully withdrawn. Or, as we’ve seen in the past, are these measures here to stay? Not according to MMT.

Furthermore, the conditions that kept inflation under control in the last economic cycle could mature. In particular, the circulation of money continues to slow and it is not entirely clear why. We believe that the factors that best explain this trend are the tendency to reduce consumption and the wealth gap. However, they may not necessarily continue in the future.

Investments pose two main risks: the risk of missing an opportunity and the risk of losing capital. We believe that in this stage, the largest risk is that of losing invested capital and this is why we continue to take a prudent approach to portfolio allocation. Specifically, we continue to:

The financial market and the economy cannot both be telling the truth: one of them is lying and we believe it’s the financial market that is not completely honest. We are aware that the Central Banks’ measures provide crucial support, but we also strongly believe that they should not be the market’s only raison d’être.

Investment choices in fixed income are based on the following guidelines:

Our equity investment choices are based on three guidelines: