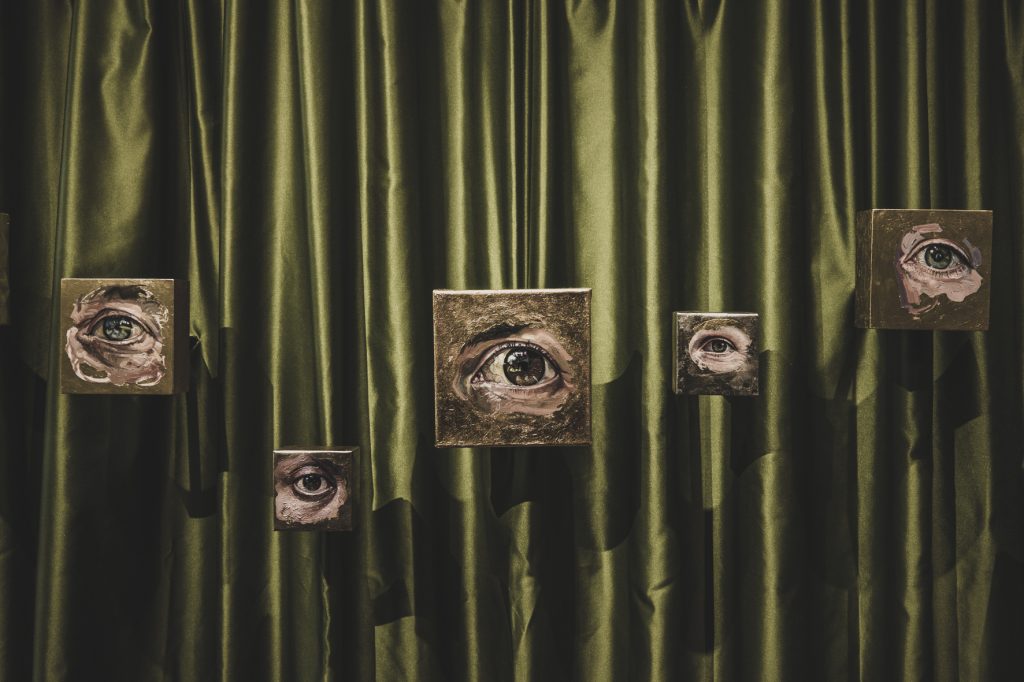 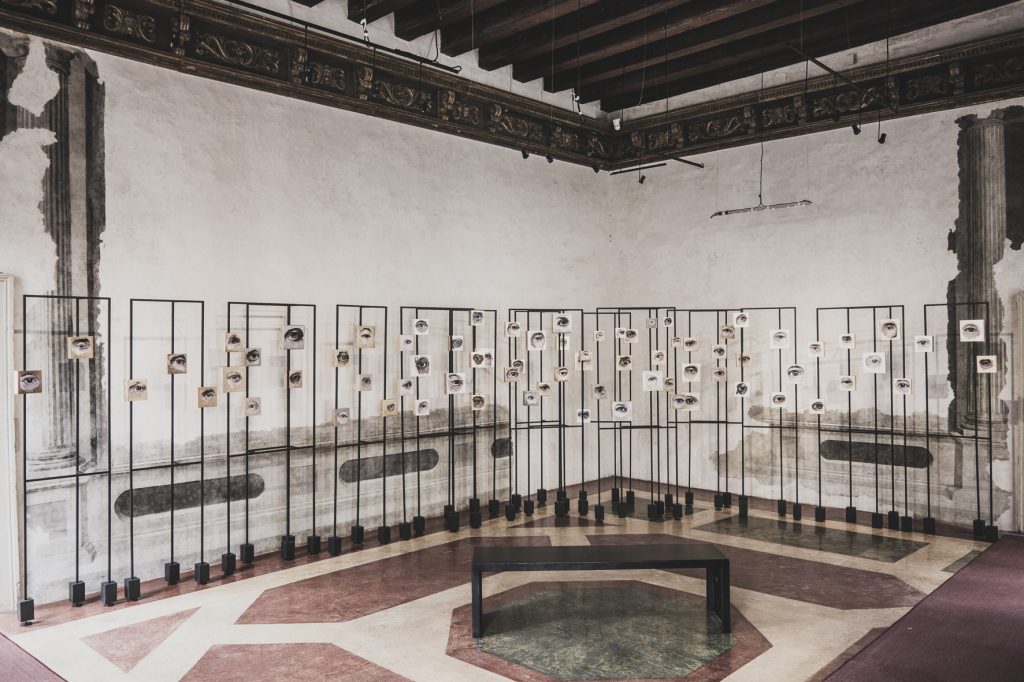 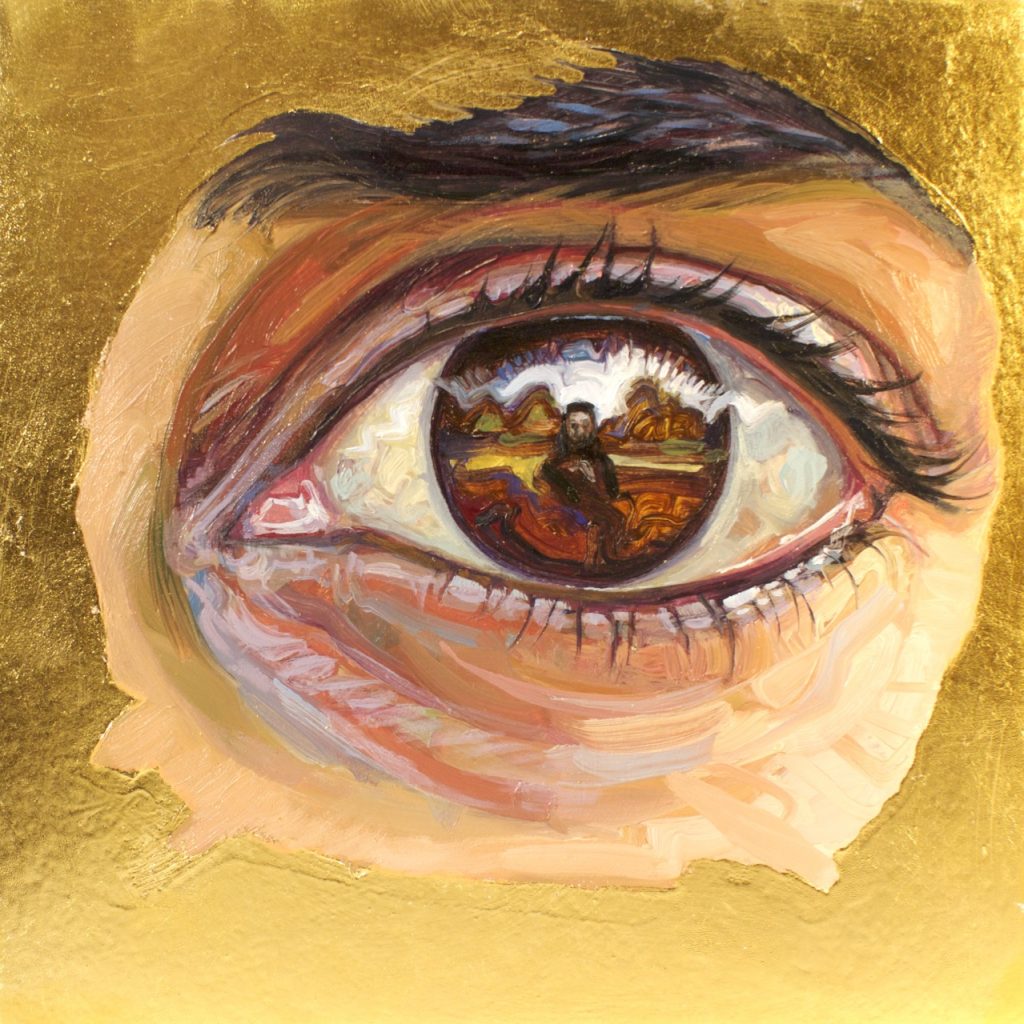 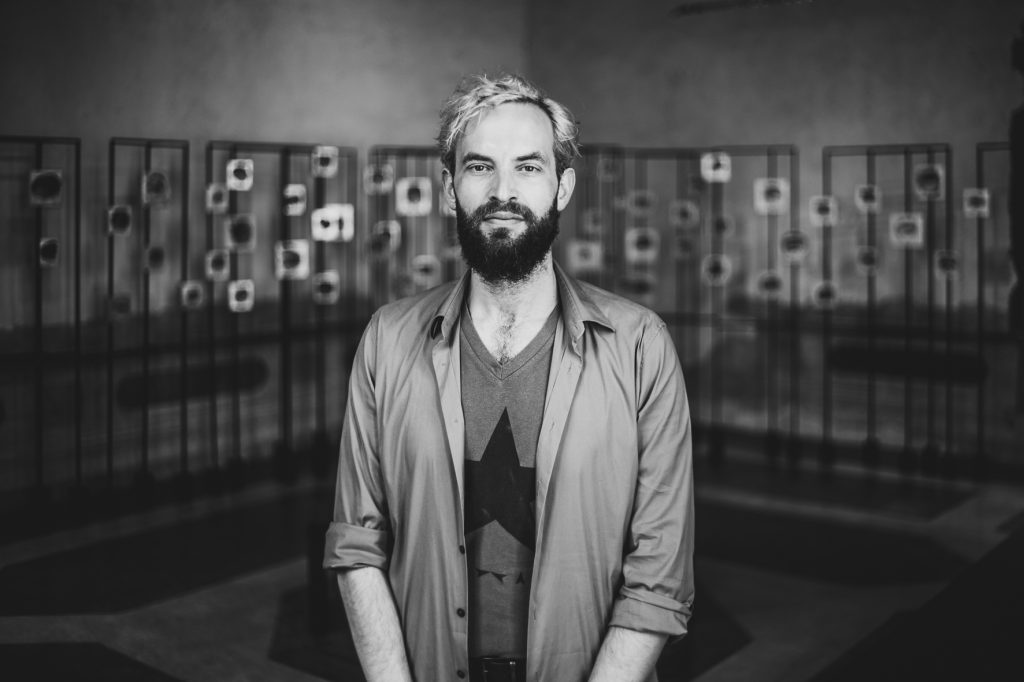 Meyecelium is an exhibition of over a hundred new paintings by Sandro Kopp at the Palazzo Grimani Museum in Venice, running from mid-May to early September 2019.

Each painting is a portrait of a single eye of one of the artists friends and family, painted from life over the course of the past two-and-half years. Each eye is surrounded with precious metal leaf – gold, silver, platinum – further ennobling the paintings and underlining the affection and admiration of the artist for his subjects. The works are presented in an installation designed in collaboration with and produced by Alfonso Architects, Florida.

Our eyes are primarily receptors of information, but also powerful transmitters of our personality and emotion. These orifices that allow light and impressions into our bodies, are also the main broadcasters of our presence and the mediators of our connections to other people. They are the most crucial organs for any experience of art as well.

The paintings were made in many different locations, all over the world: mainly in Kopp’s studio, but also in hotels and cafés, in parks and gardens. The locales of the sittings can be gleaned by carefully studying the reflection in the irises, which often include a tiny silhouette self-portrait of the painter as well as the environment of the sittings.

The title of the exhibition alludes to the organically grown network of relationships and friendships that exists around every individual.

The show is accompanied by a lavishly produced hardcover catalogue, with an essay by Jasper Sharp, Curator of Modern and Contemporary Art of the Kunsthistorisches Museum, Vienna. It is supported and presented by Tendercapital.

Kopp is half-German, half-New Zealander based in the Scottish Highlands since 2005. Some notable past exhibitions include: