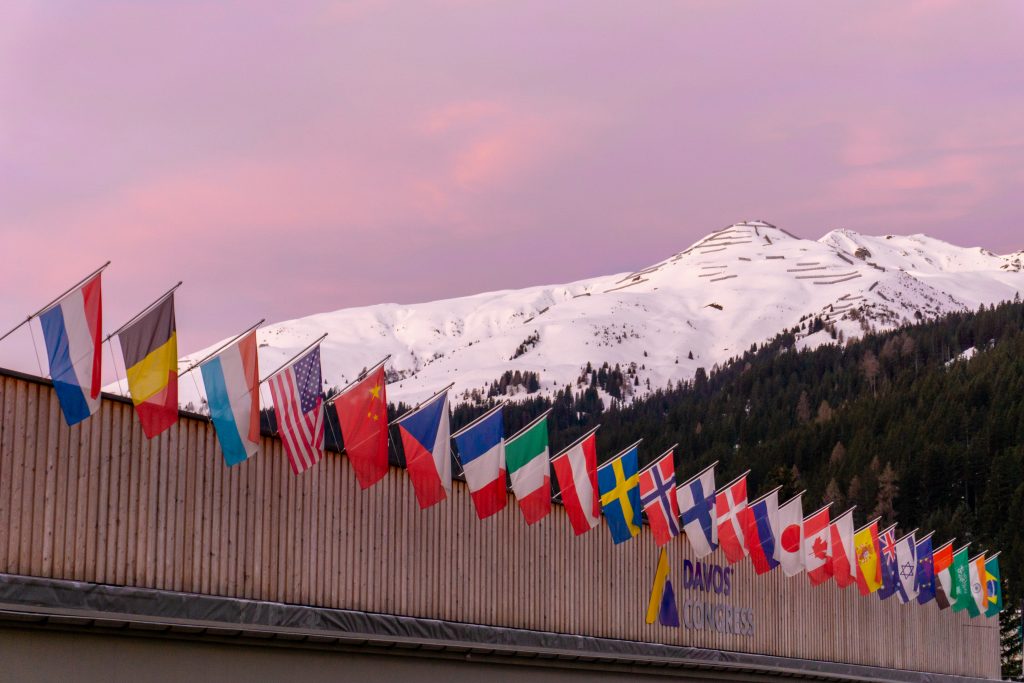 Discussions at the 50th World Economic Forum once again centred on the issue of climate change. Following the launch of the European Green new deal, much of the media attention at Davos was focused on the contrasting stances of Greta Thunberg and Donald Trump.

Politicians, entrepreneurs, academics, journalists and representatives of the general public have been meeting once a year in the Swiss skiing resort of Davos – described as “the place where billionaires tell millionaires about what the middle class feels” – since 1971. The five main themes were as follows.

Focus on the climate emergency

Global warming was the major theme of innumerable sessions. For Mark Carney, in his final weeks as Governor of the Bank of England before standing down, the financial sector – including the major Wall Street bank – is finally beginning to understand the risks connected with global warming and adjust its behaviour accordingly.

All eyes on Greta

It was Davos that turned Greta Thunberg into a heroine of our time. Having taken the WEF by storm last year, this time the 17 year-old Swede laid down the gauntlet to Donald Trump and his cabinet, enjoying the upper hand in their discussions. Secretary of the Treasury Steven Mnuchin told her to go and study before asking for a complete divestment from fossil fuels, to which the climate activist replied that “you don’t need a degree” to understand the seriousness of the problem. “After she goes and studies economics in college she can come back and explain that to us”, Mnuchin said to journalists. But public opinion is with the Swede.

Davos has a love-hate relationship with Trump. The American President attended the annual forum for the second time in three years, more visits than Bill Clinton and Barack Obama in 16 years. The big fish of the multinationals that pack Davos find Trump strangely alluring despite his anti-globalist opinions. Trump boasted about the economic miracle he has created in the United States.

The Brexit sentiments were positive, at least among the few British representatives in attendance. On the eve of the UK’s exit from Europe, the British contingent at Davos seemed relieved, if nothing else because the matter would finally be closed. The UK’s detachment from the EU was also signalled by its meagre participation at the event, where it was represented by Boris Johnson. For its part, Europe demonstrated its openness to dialogue: “The European Union is ready to do what it can to construct the best possible relationship with the United Kingdom, but a lot depends on the decisions of Great Britain”. Paolo Gentiloni, European Commissioner for Economic Affairs, spoke at a round table event in Davos on “post Brexit, renewing European growth”.

Web tax: Europe and the US clash

In terms of trade, discussions between the US and Europe became more heated. Web tax was the issue which ratcheted up the tension. And once again it was US Secretary of the Treasury Steven Mnuchin who fuelled the fire: “A digital tax is discriminatory in nature and international taxation is complicated. If people want to put taxes on our digital companies, we will consider putting taxes on car companies”, he said. And he added: “What we’re trying to do is break down barriers to trade and we want to have those same opportunities around the world. We want other people to take down the Berlin walls”. Responding on behalf of Europe was Bruno Le Maire, French Economics and Finance Minister: “We must be clear: digital companies in France will pay the web tax in 2020. For now we have only agreed on a suspension with the US, postponing the payments due in April until December.  This will give us time to find an international solution at the OECD level and to introduce a common global tax and avoid a trade war that would slow down the global economy”.