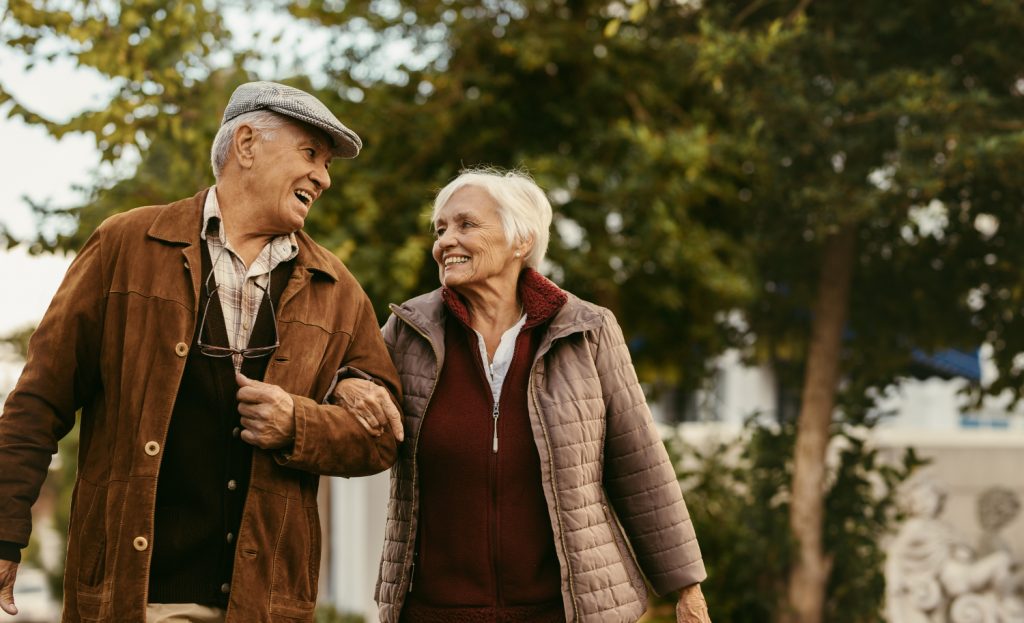 The Censis-Tendercapital Study on the “silver economy” entitled “The silver economy and its consequences in the post-Covid-19 society” has been presented on the YouTube channel Ital TV. The study identifies the consequences of the pandemic, including for society’s eldest members, those over 65 years of age, examining whether a divide has been created between the young and the elderly and how the latter reacted to the social, economic and health emergency.

The Study’s goals also included understanding whether nowadays, in the post-Covid-19 era, the silver economy is still a resource for society, whether after the crisis triggered by the spread of the coronavirus and the three months of lockdown active longevity is to be viewed as a thing of the past or whether for the elderly this has merely been a terrible episode that can be, and must be, put behind us.

The elderly are still in the driver’s seat: 32.8% of them are optimistic about the future

The Report confirms that the long-lived ones remain the driving force of community life, with an active and economically robust role to play in the silver economy in terms of their incomes, assets, consumption, lifestyles and values. Today, in the post-Covid-19 era, the elderly are looking to their future and to that of their families with less pessimism and more confidence than other groups: 32.8% of them say that they are optimistic, compared to 10.4% of Millennials and 18.1% of adults. Similarly, the long-lived ones are also the most positive group regarding the prospects for Italy’s recovery (20.9%), whereas the figure is much lower for Millennials (4.9%).

The pandemic has created an intergenerational split between, on the one hand, those over age 65 years of age – on average in good health, economically solid, with satisfying lives and recognised social utility – and, on the other, young people. A new social gap, fuelled and facilitated by an unprecedented desire for generational preference in access to resources and public services, tied to a vision of the elderly as privileged squanderers of public resources. As many as 5 of 10 young people in an emergency situation would penalise the elderly in access to treatment and in the competition for public resources. More specifically, 49.3% of Millennials (39.2% of the total population) believe that in a crisis it is fair for the young to be treated before the elderly; in addition, 35% of the young (26.9% of the total population) are convinced that public spending on the elderly is excessive, from pensions to health, to their detriment.

The lockdown brings greater frailty to the elderly: the nursing home tragedy

The economic consequences of the pandemic have had a less pronounced effect on the elderly: during the lockdown 90.7% continued to earn the same income, compared to 44.5% for Millennials and 45% for all adults. However, due to the drastic confinement measures adopted to stem the spread of Covid-19, the social costs increased for the elderly, and many of them were forced to give up their daily habits, from meeting with friends and family (74.6%), to going to the hair salon, barber or beautician (50.7%), going for a walk in the city centre or in city parks (46.8%), taking part in religious rites and ceremonies (41.3%), travelling (38.3%), going on excursions (27.9%), and going to the cinema, theatre and concerts (26.7%).

Then there was the dramatic situation of Nursing homes for the elderly – facilities that became outright incubators for the spread of the virus. According to a survey of the industry by Italy’s Superior Health Institute (figures as at 5 May 2020), to which 40% of participants responded, there were 9,154 deaths, of which 41.2% with residents testing positive for Covid-19 or suffering from influenza symptoms presumably attributable to the disease. A predictable tragedy, considering that as many as 66.9% of those interviewed say that it was known that many facilities did not ensure their residents adequate standards of safety and quality of life.

The virus did not affect only the elderly

Yet Covid-19 did not affect only the elderly, and the data that emerge at the geographical level prove this. In fact, in the provinces with the highest levels of cases, the incidence among the elderly was modest, as in Cremona (1st in terms of cases of the disease but 45th place in the rankings by age) and Piacenza (2nd and 36th place, respectively). At the same time, the province of Savona (1st in terms of age) ranked 30th in terms of number of cases, like Biella (2nd in the rankings by age and 28th by number of cases). The Report thus appears to belie the claim that there is a relationship between a high level of elderly citizens and a high case rate.

According to Moreno Zani, Tendercapital’s Chairman, “the Report paints a completely different picture from the pre-Covid-19 situation, in which the young now appear to exhibit a certain degree of resentment towards the elderly. Two figures are particularly significant: the first relates to the consumption of the elderly and the second to the reform of public healthcare policies. In this regard, we hope that the Report presented today may offer a positive contribution to political decision-makers who need to make decisions that better reflect the new needs that have emerged following the pandemic.”

According to Giuseppe De Rita, Chairman of Censis, “the Report identifies a widening gap between generations; however, the challenge is reading it from a long-term perspective, considering that before the pandemic the elderly were more willing to cede a part of their incomes to their children or grandchildren, whereas the picture that now seems to be emerging is that the elderly are now taking a more controlling attitude, aimed at regaining control of their financial capacity.”

Pier Paolo Baretta, Undersecretary to the Ministry of the Economy, emphasised that “public policies need to take account of the large number of the elderly who have considerable spending capacity, as well as a considerable social role in relation to the young. However, it is essential to bridge the generational gap that seems to emerge from the Report, through policies that both support employment and contribute to developing a new model of welfare based on protecting health.”

According to Alberto Bagnai, Chairman of the Senate Finance Commission, “the Report sheds light on a situation that has already been discussed by the media, i.e. a divide between generations. However, this is a narrative that is suited to spurring competition between the young and the elderly. It is nothing more than further hatred fuelled by a distorted vision and improper management of the crisis, a conflict to be decried, because society’s problems need to be faced organically.”