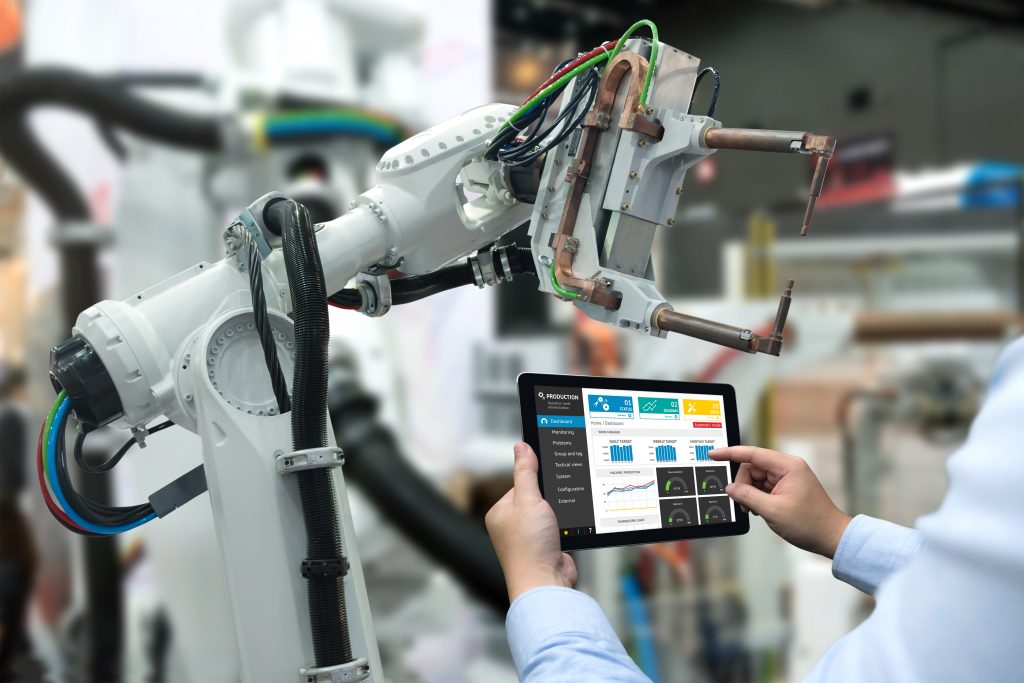 Artificial intelligence is one of the most ambitious challenges of our time and its development will revolutionize a variety of social sectors. This explains the face-off between nations, using data and algorithms to elbow their way to AI leadership.

Nearly all analyses of estimates put the United States and China at the head of the pack. These two superpowers recognised the enormous potential of AI early on and are investing more than other countries, with the European Union trying to keep up, although Brexit has left it weaker. The most recent report (6 February 2020) by the research firm Cognilytica takes a closer look at the situation, and the data reveal how a number of countries refuse to be left behind in the AI race.

The US and China are the superpowers at the forefront of AI funding and domination. While US supremacy was undisputed – the country is home of Silicon Valley and tech giants like Amazon, Apple, Facebook, Microsoft and Google, to name only a few of the most well known – China’s domination has come as more of a surprise. Under Xi Jinping’s leadership, the country has managed to catch up to the US in the span of a few years: in 2017 China set the goal of becoming a world leader in artificial intelligence by 2030. At the avant-garde in face recognition, the country has announced billions in funding for startups and has launched initiatives to persuade researchers and engineers to stay in China or entice them from abroad. But the US did not just sit there watching from the sidelines. According to the Artificial Intelligence Investment Monitor by ABI Research, although China beat US investments in AI technologies in 2017, the United States was back on top one year later, with a total of $9.7 billion invested.

“Artificial intelligence is the future, not only for Russia, but for all of humanity”. Vladimir Putin’s statement dates back to 2017 but the Russian leader’s insight has not translated into large investments. Only $12 million was spent on AI research. The biggest project has been for national security systems, with 30% of military equipment to be roboticized by 2025. 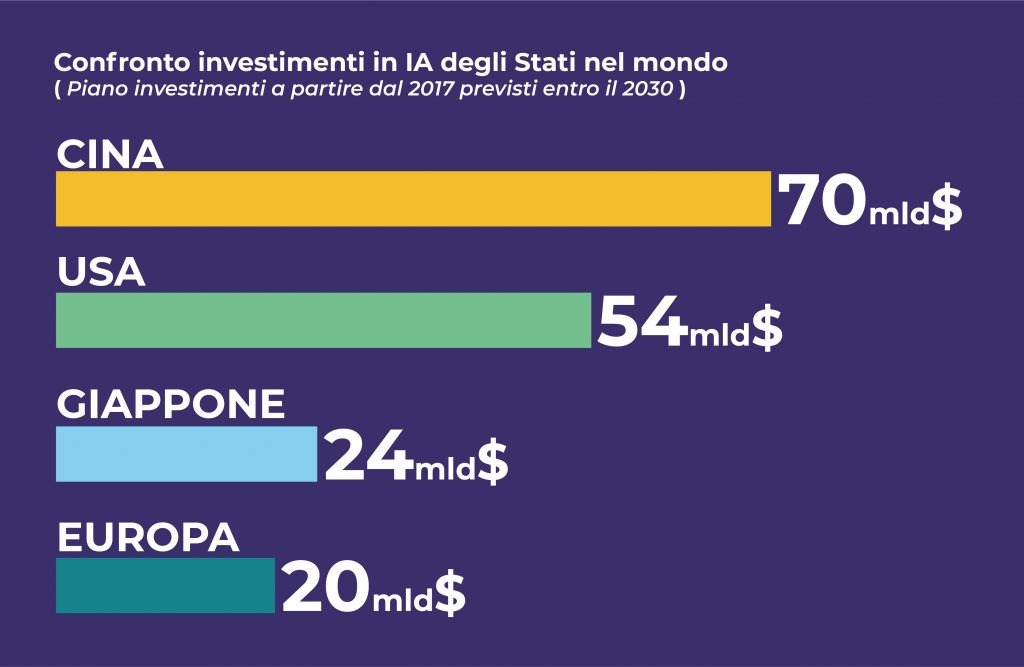 Both Japan and South Korea are proving to be ambitious, betting on big investments. South Korea will spend $2 billion by 2022 to ramp up its AI research and development capacity. And Japan already had a clear plan in 2017 when it published its artificial intelligence technology strategy, promising public use of AI by 2030.

Although they invest less than the rest of the world, the EU countries are aiming higher, with differences between them. According to information published by the European Commission in February in the White Paper on Artificial Intelligence, Brussels intends to attract over €20 billion in AI investments each year from now to 2030. This considerable amount meets the need to step up efforts if the EU is to match the bar set by other countries boasting far superior public and private investments. For instance, in 2016, roughly €3.2 billion was invested in AI in Europe, while around €12.1 billion was spent in North America. Unlike other countries, the Eurozone is focusing on data protection and the ethics of AI. Robots for industrial processes and personal services are its strength: 25% of total production is in Europe.

EU data have suffered the loss of a country like the United Kingdom, which was one of the first to bet on AI. Between companies, universities and startups, England is filled with players on the front line of AI system implementation, especially in medicine. With the stated goal of investing some $1.3 billion over the next few years, the United Kingdom has shown the direction it intends to take.

Where is Italy in all of this? According to research by the Artificial Intelligence Observatory of the School of Management, Polytechnic University of Milan, although the AI market is still in its infancy, with investments of barely €85 million in 2018, the prospects look good. The most widespread applications are virtual assistants/chatbots and the biggest obstacle the sector faces is that businesses lack an awareness of the opportunities that artificial intelligence can offer. The study shows that only 12% of the companies interviewed have an AI project that is fully up and running and barely 8% have reached the implementation stage. The percentage of companies that are developing projects (31%) or have allocated funds to develop them (21%) is larger. Finally, while 19% of the companies surveyed expressed a future interest in AI, 9% expressed none at all.